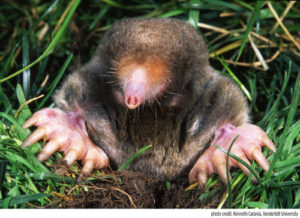 In our region, moles are referred to as the eastern mole – or common mole – and feed largely on earthworms and grubs, although beetles, spiders, centipedes, insect larvae and pupae, and vegetable matter may also be eaten.

The species prefers well-drained, loose or sandy soil, and avoids heavy clay, stony or gravelly soils, and very dry or very wet soils. It frequents pastures, open fields, meadows, and thin woods.
Moles cannot see and spend almost all of their time in underground burrows they excavate for themselves. They may be found active at any hour of the day but generally are more active by day than by night in response to the movement of earthworms in and out of the soil. 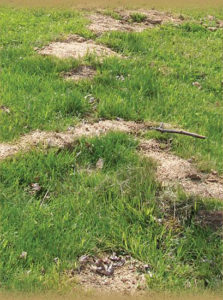 Moles can live through harsher environments than most mammals, for example, moles can re-use oxygen once they surface from their underground tunnels. During mating season moles can become even more of a problem as their count will increase rapidly, and this will cause major problems for lawns and other landscapes.

Moles do damage by their burrowing activities, especially on the greens of golf courses, in lawns, and in situations where accelerated soil erosion may result. Also, they may destroy row crops by burrowing along a row and killing the plants. 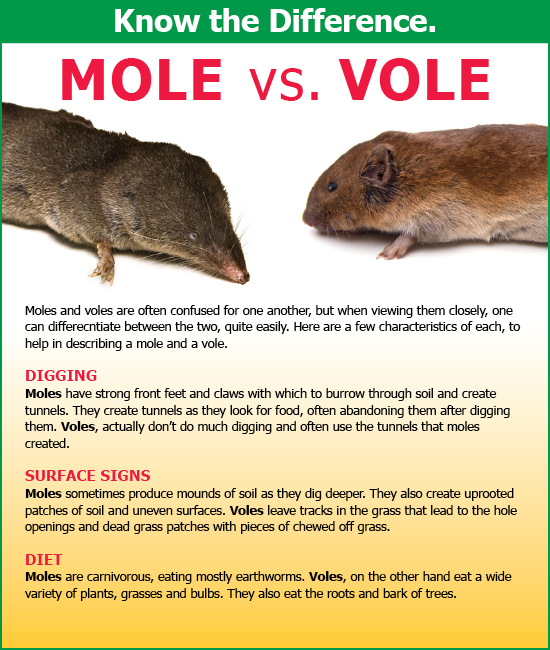